COVID-19 One Year On: Genesis G80 crowned Korean Car of the Year

The Automobile Writers’ Association of Korea (AWAK) has announced 2021 Korean Car of the Year... Chung Eui-sun has been named Person of the Year.

The Automobile Writers’ Association of Korea (Chairman Ha Young-sun, AWAK) has announced that Genesis G80 has earned the ‘2021 Korean Car of the Year (KCOTY)’. The chairman of Hyundai Motor Group Chung Eui-sun has been named ‘Person of the Year’ which is the newly established award.

On 22 February, the AWAK held the first and second car performance evaluation on 30 cars including compact sedans which were nominated in 12 categories, at Pocheon Raceway in Gyeonggi Province. 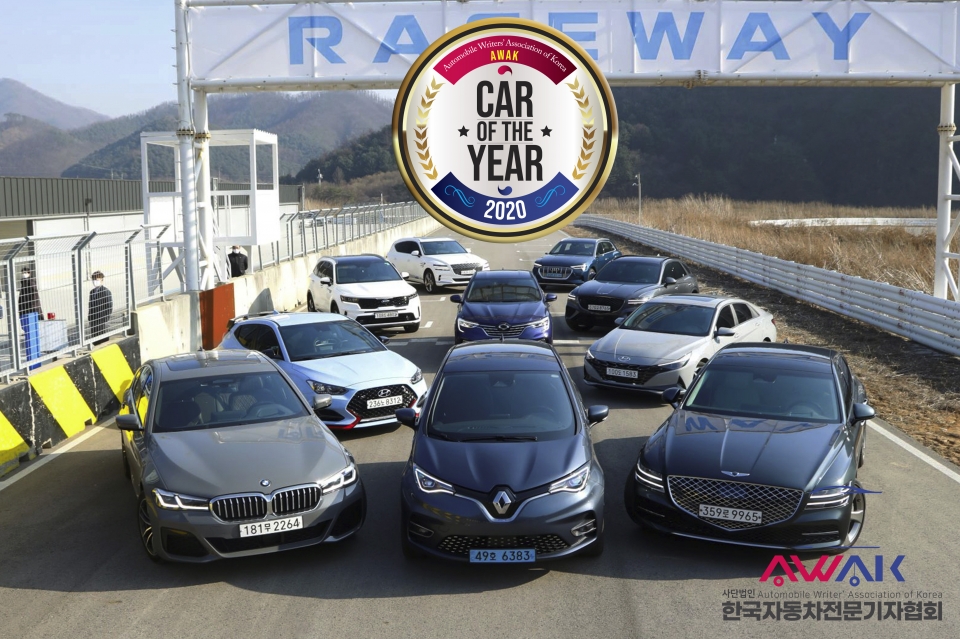 The second evaluation on 11 award-winning cars in respective categories was then conducted to name the final ‘Car of the Year’ Grand Award. The Automobile Writers’ Association of Korea (AWAK) has set five categories – design, performance, convenience/safety, economic feasibility, and innovation – for the evaluation.

The Chairman of Hyundai Motor Group Chung Eui-sun was named ‘Person of the Year’ which was newly established this year. Chairman Chung was recognised to be actively pursuing eco-friendly future strategies including the commercialisation of the world’s first hydrogen-electric vehicle in a rapidly changing global automotive environment and the launch of the Ioniq 5 which used an electric vehicle platform.

As a result, he was named ‘Person of the Year’ by a number of journalists from the AWAK. In addition, The CEO of Volvo Cars Korea Lee Yoon-mo and the Head of Hyundai Motor Research and Development Albert Biermann were among the candidates for Person of the Year Award.

“There were two strict evaluations on cars most loved by domestic consumers even in difficult market conditions due to COVID-19 last year, in order to name the Car of the Year”, said Ha Young-sun, the Chairman of AWAK. He continued: “It seems that Genesis has become a premium brand since 2020 as the brand was ranked at the top of Car of the Year”. “In addition, eco-friendly cars such as electric cars and hybrid cars have also been increasingly prominent compared to previous years, which demonstrated that the market started to become eco-friendly automotive rapidly”, he said.

The AWAK was founded in 2012, consisting of 26 independent and professional automobile specialist journalists in South Korea, and the ‘Korean Car of the Year (KCOTY)’ is considered the most powerful award in Korea with veteran journalists selecting new cars by strictly evaluating every year.

The ‘Korean Car of the Year 2021’ award ceremony will be held at the Swiss Grand Hotel, Hongeun-dong, Seoul, at 2 pm on 10 March.